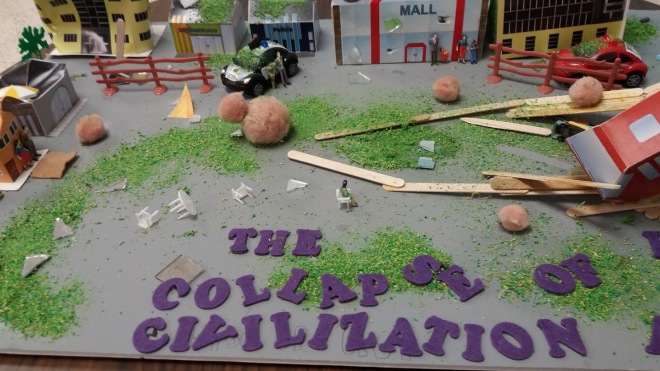 This year I moved from 8th Grade Social Studies to 7th Grade and the biggest challenge I am dealing with is making the content relevant to the students. The 8th Grade’s focus on the history of the U.S. is ripe with connections to today. These days, it is tough to NOT talk about impeachment, voting rights, and the Confederacy. Seventh Grade, however, is a little different. There are many content areas that – without the right spin – can be a little yawn-inducing for students. One such topic is the fall of the Roman Empire. I wanted to make this a little more interesting for students, so I began my look at this topic by first challenging students to imagine the fall of our own civilization. With so much apocalyptic stuff in the news, on television, and in young-adult fiction, the connection was easy.

The first step was to ask students to explore the concept of civilization. What is it? What elements does a civilization possess? Once students had a firm grasp of what we have, I then challenged them to destroy it.

Students were asked to come up with a scenario that would result in the end of civilization – at either a local or regional level. Yes, some students came up with some far-fetched stuff (alien invasion, etc.). But, most students – sadly – looked at news headlines and came up with some pretty reasonable possibilities, such as war with North Korea.

Next, students had to look at the aftermath of the cataclysmic event. Here are some of the questions they had to address:

Then, I asked students to look ahead – one year, five years, and 50 years out – to predict how long the repair process might take.

There was some confusion among the students, especially in terms of what would continue and what wouldn’t. I had to explain that there was a connection between the way civilization collapsed and what would be affected. For example, a viral outbreak would affect people, but not necessarily infrastructure. But, an earthquake would definitely have an impact on roads, buildings, and bridges. Also, the catastrophe talk opened up nice side discussions about what we have and how important some things are. Farms, for instance, are not necessarily top-of-mind among young people. But, farms become very important when it comes to a society getting food!

Finally, I thought about how students would share their findings/thoughts with me. Generally I wanted to provide students with lots of options that would reflect their interests and skills. So, I offered students a range of options that included a video, a Google Slides presentation, a skit, a comic, and a poster board. But, I told the students that I was also open to other communication vehicles.

The results were amazing. The project – in terms of topic and delivery method – was very engaging and provided lots of room for creativity.

Here are examples of student creativity: 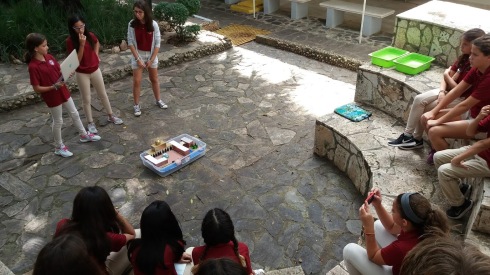 Afterwards, I was able to move into the fall of the Roman Empire knowing that students had some connection and understanding of the impact on ordinary people of the impact of a collapse of a major social/economic/political organization.

If you are interested in doing something like this, here is a link to the project outline.

As always, feel free to contact me if you have any questions or any suggestions.